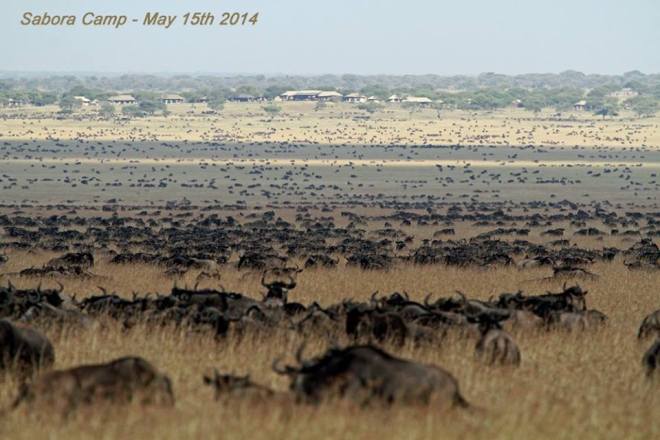 One question we get a lot is what is the best time to go on Safari in Northern Tanzania?
Really, anytime you can make it, is good time for Safari. The wildlife is always present. If you are interested in the Great Wildebeest and Zebra Migration, a natural wonder of the world where 1.5 million Wildebeest and 0.5 million Zebra roam the Serengeti and Masai Mara eco-system, then we move you in the right place, right lodge for the right month.

Having said that, some people are extremely sensitive to heat.  If that is the case, stay away from December to March as Serengeti can be dry, dusty and hot [90Fs during the day with cooler 70Fs during the evening]. Our camps + vehicles do not have air condition which can be an issue.

If you are up for an adventure, pack your bags.