News from the bush //

The Wildebeests moving into an area very close to Olakira Camp in Northern Serengeti. Taken around 6:45 am on our morning game drive.

As much as you see pictures, read articles or watch videos, nothing really prepares you and your senses when you are in the middle of the Great Wildebeest and Zebra Migration, one of the Natural Wonders of the World.  The sheer numbers of Wildebeests and Zebras. The grunting and galloping sounds. The smell from these animals. The single file walking. The springy trotting.  The predators [amazing 20+ lions enjoying a wildebeest] that are enjoying a field day as ‘food’ is finally abundant.

This is how I feel when sitting in the middle of the herd in one of my favorite areas, Northern Serengeti [which is a great place to visit year round] in early June when the migration had arrived into this region earlier than the normal cycle from Western Serengeti. They usually arrive into Northern Serengeti in late June to early July. That is nature for you.  Unpredictable and awesome in its splendor. 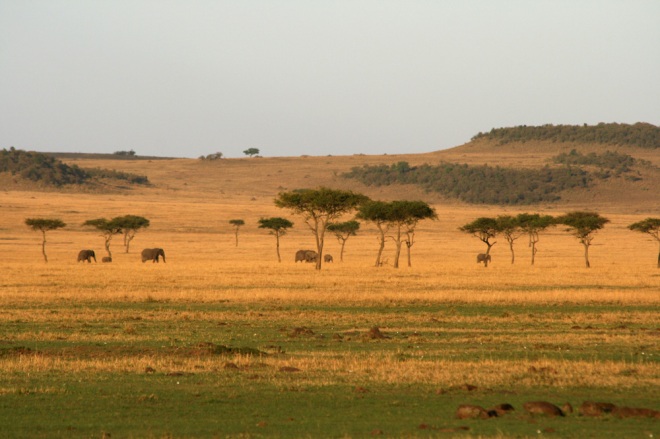 Once we got on the ground, our fabulous Sayari Camp guide Albert [who worked with professional guide Paul Oliver at Oliver’s Camp in Tarangire in the early 2000s] told us this area has constant rain thanks to the precipitation from Lake Victoria.

We get in our open 4×4 vehicle [a perk of flying into an area] and off we go on Safari. From late June/ early July to October, this area is usually bustling with the million plus wildebeest and zebra migration. They are grazing the green grass or trying to cross the Mara River which runs from Lake Victoria all the way to Masai Mara in Kenya. During other times, you will be treated to an array of resident game – from leopard, lion, eland, jackal to large herds of elephant and much more. If you get lucky, the endangered elusive black rhino. 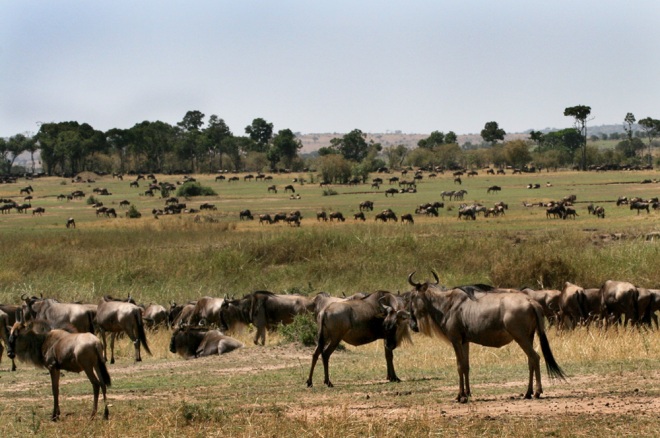 Advantages of heading to Northern Serengeti when on your Journey To Africa Safari ::

– Off roading. You can get off the so-called main road and venture deep if you have spotted something interesting. On our Safari, Albert spotted a male lion escaping with a kill behind the tall grass. We rushed over and in a matter of seconds, the lion had pulled what looked to be a 30 + lb wildebeest behind the tall grass ready to devour his lunch. 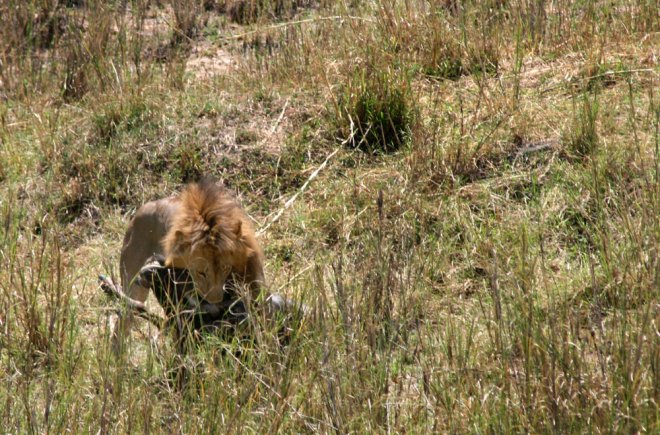 – Not many people get here especially when the migration is not in this area.  Getting to Northern Serengeti is via local flight to save time or you have to add a night or two in Central Serengeti before heading towards North Serengeti.  Northern Serengeti is definitely worth the extra flight or drive. During peak season, the few permanent camps and mobile camps fill up quickly but during other times, you can have this vast area to fewer people.

– Walking Safari is currently allowed which you can not find in any other part of Serengeti National Park. From Sayari Camp or Lamai Serengeti, you have an escorted early morning or late afternoon walking Safari. Enjoy the small stuff on your escorted walk – from dung beetles, birds, lion tracks to wild flowers. 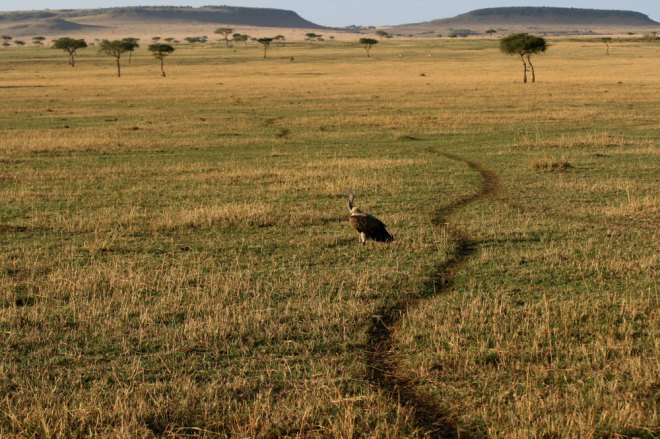 – And then as in any part of your Journey To Africa Safari, there are the views.  Amazing views. From thick bushes to open endless Serengeti. You can spend hours just enjoying the sounds, the smells, the wind and much more.